Mark was born in Scotland and was a chorister at Dundee Cathedral.  He went on to study at the University of East Anglia and the Royal College of Music. He is a musician of both national and international repute. As an operatic soloist he has performed principal roles with all the major UK companies and toured widely throughout Europe. He was a Principal Artist in the 2014 Olivier Award winning cast of English Touring Opera and most recently, he performed at the Glyndeborne Festival Opera (2017).

As a concert and recital artist he has performed from Dublin to Ekaterinburg and from Bodø to Tokyo and has made numerous acclaimed recordings of opera, oratorio and song.

Mark combines his lecturing commitments at the University of Lincoln with his post as a professor of singing at the Royal Academy of Music, London. He is also Musical Director of The Lincoln Company and Lincoln Choral Society.

We rehearse weekly in central Lincoln during the academic term  on Tuesday evenings from 7.30 to 9.30pm with a short break. Rehearsals are usually taken by the Musical Director. We also rehearse on the day of the concert  in the concert venue.

We normally perform three concerts per year, one in each academic term. We perform in a variety of Churches and Concert venues in and around Lincoln. Recent venues have included The Drill Hall, St Giles' and St Nicholas' churches and The Chapter House of LIncoln Cathedral. 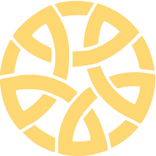 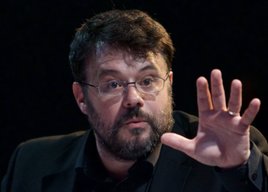 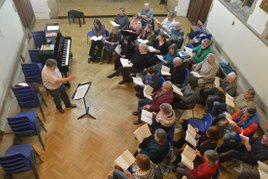 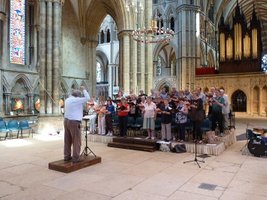 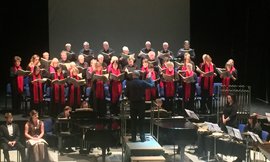 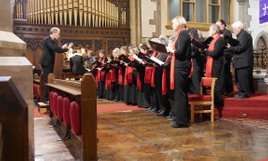